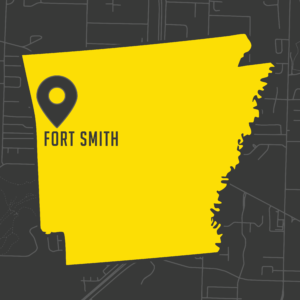 Hytrol announced in October that the company would seek a secondary location to manufacture its parcel product line. The company identified several potential locations in and around Arkansas before selecting Fort Smith. David Peacock, Hytrol President, cited community support, the local workforce, and the availability of a facility that suits its needs among the reasons for selecting Fort Smith.

“Fort Smith is extremely excited to welcome Hytrol Conveyor Company to the region,” said Tim Allen, president and CEO of the Fort Smith Regional Chamber of Commerce. “Having another legacy Arkansas company choosing to expand here is proof that business understands what we have to offer. When they needed the right facility, the right workforce and the right environment, their first call was to Fort Smith. That endorsement speaks volumes about what we can bring to the table.”

Peacock said the decision to stay in Arkansas was natural.

“After casting a very wide net that covered 13 different states we landed right back home in Arkansas. That’s appropriate because the state deserves a lot of credit for our success. In 59 years since, with the continued support from the AEDC and Jonesboro, we’ve been able to create and sustain thousands of good-paying Arkansas manufacturing jobs,” said Peacock.

Hytrol relocated from Wisconsin to Jonesboro, Arkansas in 1962, and the city will remain as the company’s headquarters.

Poston, who is a descendant of Hytrol founder Tom Loberg, will be running this new site along with a group of four core leaders, Curt Norris, Thad Becker, Craig Harris, and Kathy Cole. The leadership team has more than 60 years of service.

“Each one of them has the experience and passion to help make this operation a success. We are going to do so in a manner that will be consistent with my grandfather and will continue to convey the culture as we bring on all our new Hytrol family members,” said Poston.

The $20 million project comes in response to the rapid global growth in e-commerce. The growing demands on Hytrol and the material handling industry as a whole led to the decision to dedicate the facility to the production of parcel equipment. Peacock said the decision to expand will benefit Hytrol’s customers and the company’s Integration Partner Network that includes over 100 independent businesses worldwide. Hytrol sells equipment exclusively through this network.

Poston said that Hytrol’s presence in Fort Smith will be a benefit to the community.

“The fact that you love Arkansas and it was your first choice and you said yes means a great deal to the state of Arkansas. And we are thrilled that your second investment will be in Arkansas, as was your first investment decades ago,” said Hutchinson.

Along with the governor, Fort Smith Mayor George McGill was thrilled with the decision.

“A million cities would die for this, and I am so excited. We are winners today,” said McGill.

The facility will create 250 new jobs in the Fort Smith area and will begin hiring in the coming weeks. In addition to the initial hiring event, the company will be hiring in waves throughout the years.

“There are a lot of companies that can make equipment, but there is only one Hytrol. I am truly excited to see how the combination of Hytrol and Fort Smith can shine in Western Arkansas while serving our integration partners and customers around the world,” said Poston.

For more information about employment opportunities at Hytrol, visit careers.hytrol.com or send an email to fortsmith@hytrol.com.